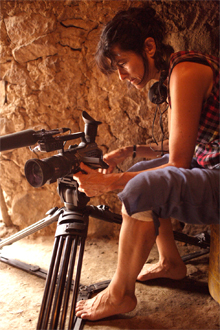 You have arrived at, been directed to or stumbled onto my website. I am a London-based, American-born, freelance producer-director of documentaries. I also can do camerawork.

I’ve made programmes for UK broadcast television - Channel Four, BBC2, ITV - on social issues ranging from the “Comfort Women” of South Korea to the shortage of space in London cemeteries, by way of feminism, autism, alcoholism and the behaviour of bystanders.

A West African Story recently won the UNICEF special prize - for programmes that promote understanding of the lives or circumstances of children in difficult situations, from over 260 entries at the Japan Prize for educational films. You can watch the whole film here. Use the password CAMES.


All photographs Nancy Platt except homepage photo by Simon Clark.